I was hired again by this great science & society magazine for kids in 2016 in order to design the cover for the end of the year issue. Hurray!

For this issue, I started by mixing two of the main topics included in that issue that spoke to me the most.

At the time that the new movie “Rogue One” came out in December 2016, the magazine decided to tell the story of the famous saga from George Lucas: how it all started and what caused it to be so successful.

Who was the one-eared painter of the famous sunflowers Vincent Van Gogh? When did his work become recognized and renowned? And how many paintings did he manage to sell during his life?

Van Gogh has always been an artist whose work is close to my heart; the flamboyant style, the bold and colorful brush strokes makes it so moving.
Straight away I started to draw him. See below some of the early sketches of his portraits… 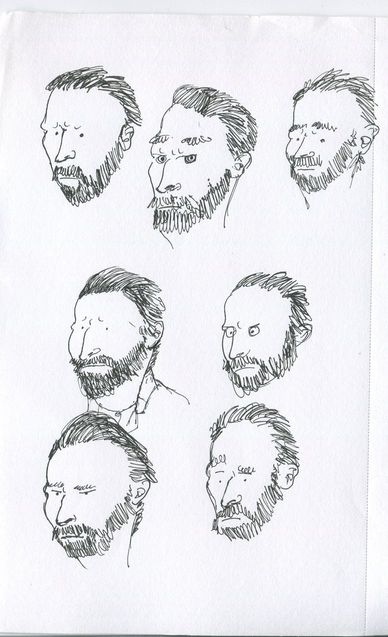 In a strange but happy accident, his different faces are agitated and with so many diverse expressions that if I were to make a clip of it, it might look like an epileptic episode.

Here I illustrated a full portrait to get familiar with the painter’s facial features. 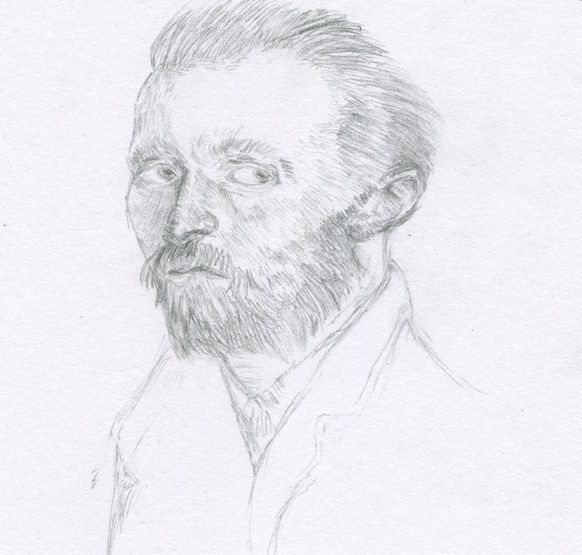 Eventually I opted for a Van Gogh that would take the character of Luke Skywalker because I wanted him to be the hero.
See the resulting sketches: 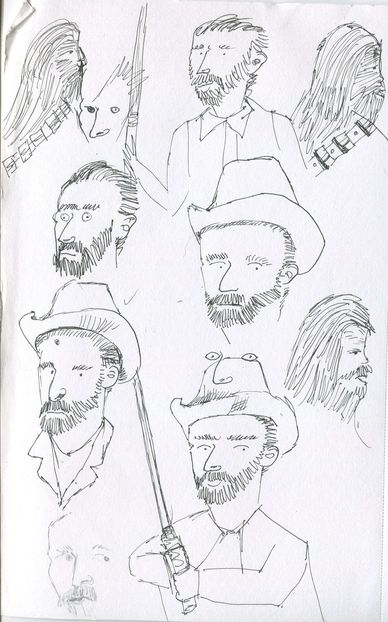 After adding colors, Leia and the final touches here is the final cover: 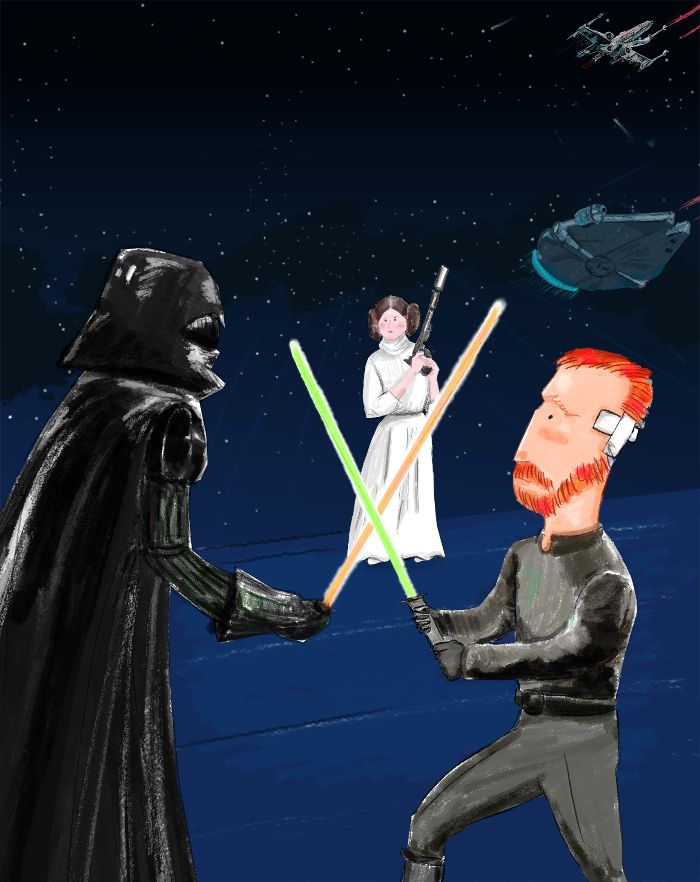 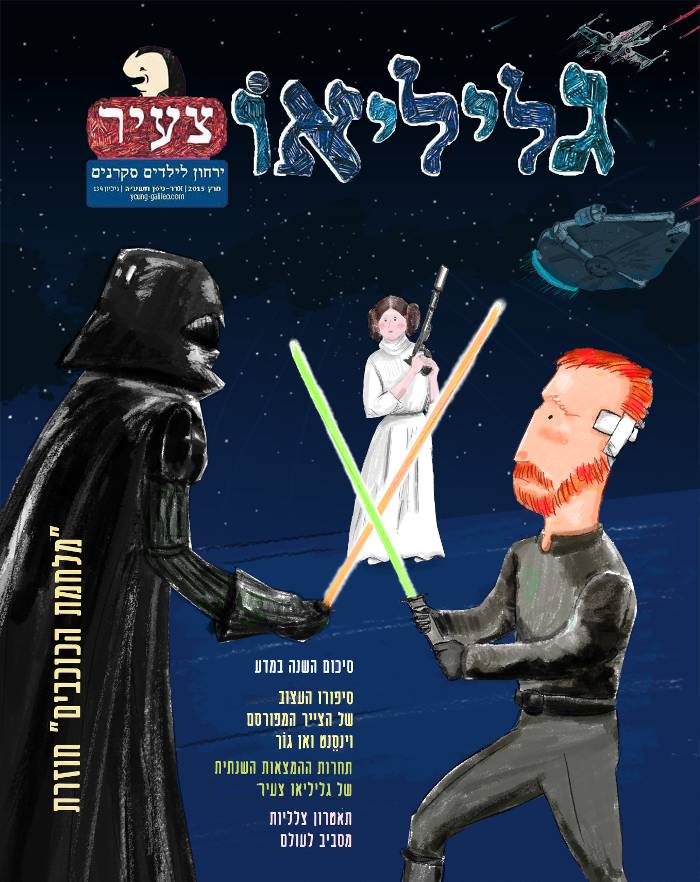