Recently, I decided to participate in a competition organized by Viber to find a new character for their stickers’ collection.

I sat down with a cup of coffee, my sketchbook and started to randomly draw all kinds of characters looking for a face that would fit the brief of the competition:

Here are some of these sketches:

Sticker illustrations should be very expressive, exaggerated and close to a caricature even. Admittedly, this is really not my style; however, I took on the challenge and I never regret that type of exercise, no matter the results; indeed, any such experiment always fill my notebook with ideas for illustrations and characters that I otherwise might not have thought to create…

Eventually I chose to develop this character below: 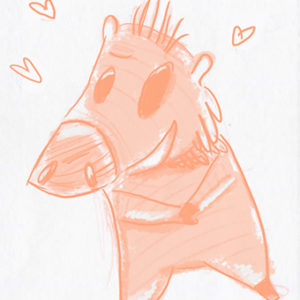 We Called Him Larry!

Here are two suggestions for emotions: 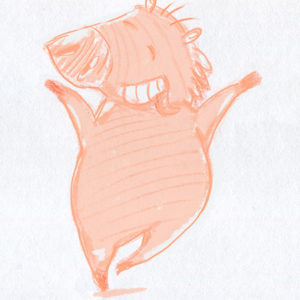 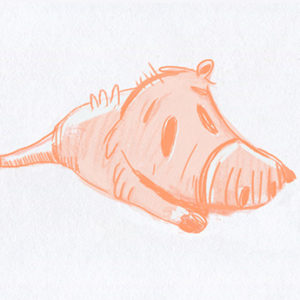 After a fastidious coloring process that almost had me throw away the project, I arrived to that final illustration below that I submitted to the Viber competition: 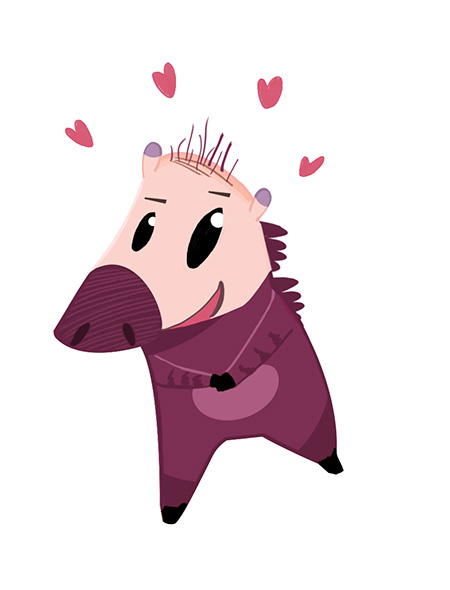 Oh, and for those who are wondering, no I did not win, and I was not even among the finalist not surprisingly… Was not hoping to win either, the style I affectionate is far from the sticker template. But I would lie if I were to say I did not care about the results at all. It must be nice to win!… I shall compete more.

Back to the process. In retrospect I realized that there was a reason why I was not satisfied with the coloring process of that character all along.

After some weeks I turned to that work again and applied what is becoming one of my favorite coloring technique: the Copic markers. Instead of trying all sorts of colors and gradients on the computer, I just simply used my magic markers and went with the flow, to arrive to a far more pleasing result in my opinion. It suddenly is a crazy and lively sort of Zebra as opposed to a more undefinable character with synthetic colors…

See below, you’ll be the judge:

It is not a sticker anymore, but it is quite a fine Zebra!